Five digits plus a suffix isn’t the catchiest of product names; some thought Intel might look to use a different naming system for the next Core series of CPUs. But rumors have claimed it will stick with what it knows and release 10xxx-series chips. Following the arrival of the i5-10210U on 3DMark, it appears they were correct.

It’s reported that Intel’s Comet Lake chips will be the first desktop chips to use the 10000-series branding. The company’s leaked CPU roadmap from last week shows that the desktop Comet Lake CPUs, the successor to Coffee Lake and Whiskey Lake, will arrive between the second and third quarters of 2020, while the mobile processors will be here in the second half of this year. PCGamesN notes that Twitter leaker Tum_Apisak spotted the i5-10210U on 3DMark. It appears to be a quad-core mobile CPU with hyperthreading (eight threads) running at a 2.1GHz base clock and 3.8GHz boost clock. 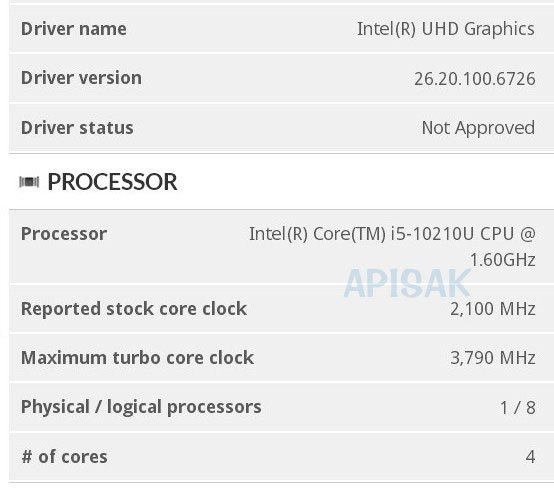 Another twitter leaker, Komachi_Ensaka, revealed what is allegedly more of the 10000-series Comet Lake-U lineup, which are low-power processors designed for the likes of ultrabooks. They feature between two and six cores, have Hyperthreading support, and a 15W TDP.

This Man Wants Australians To Pay For Their Train Tickets… With Their Faces
July 11, 2019

Kristi Dosh: Designing The Esports Venue Of The Future
June 3, 2019

Cryptopia Turns to a U.S. Court for Account Holder Data Protection
May 29, 2019