HOW TO PAY FOR NYC SUBWAY
AND BUS FARES USING YOUR APPLE,
ANDROID, FITBIT, OR SAMSUNG DEVICE

Get ready for the May 31 launch. 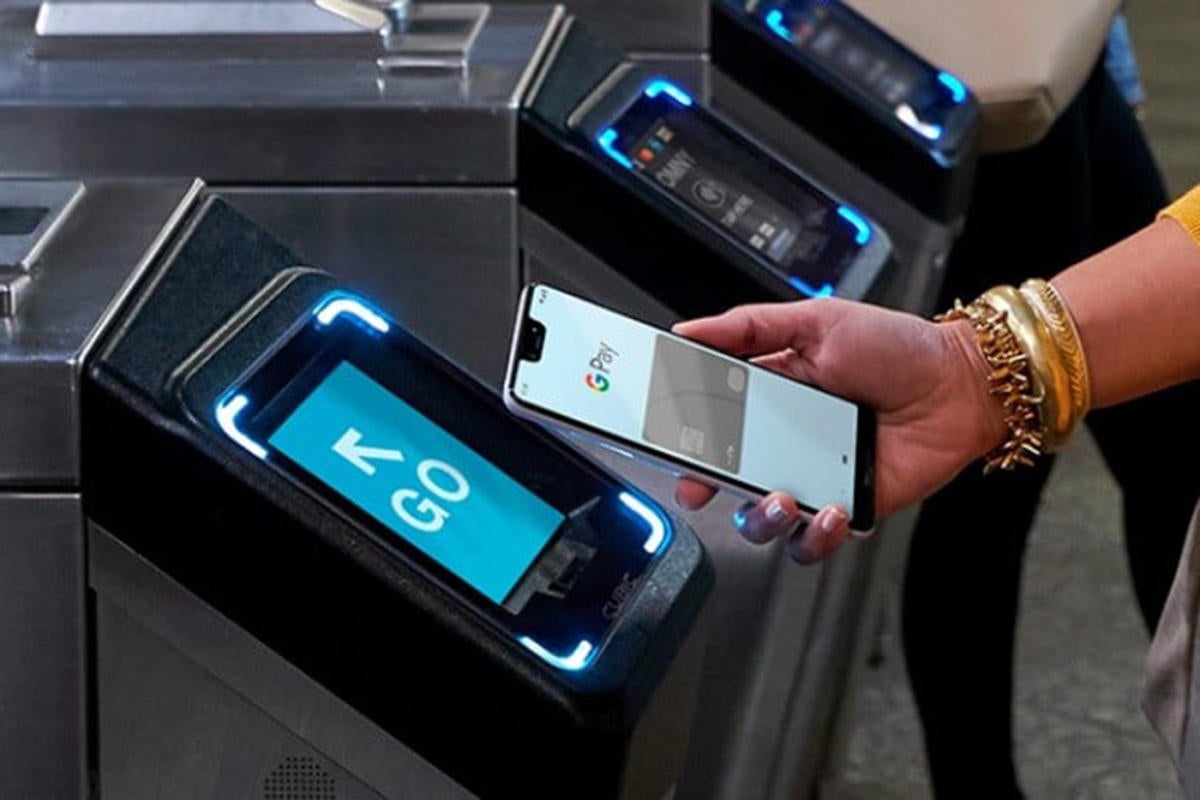 As the saying goes, if you can make it there, you can make it anywhere. Starting Friday, contactless payments are set to expand in a big way as New York City MTA riders will be able to pass through the turnstiles with just a flick of their wrist or a wave of their phone—as long as they’re wearing an NFC-enabled Apple Watch, Fitbit, Samsung, or Android device.

The Metropolitan Transportation Authority’s One Metro New York is launching a new tap-and-pay program on several transit lines, including all Staten Island buses, and all stops on the 4, 5, and 6 subway lines between Grand Central and Atlantic Avenue-Barclays Center. The MTA plans to expand the OMNY program to the entire NYC public transportation system by 2021.

While Tim Cook had already confirmed Apple’s participation in the program and Google previously announced its partnership with the MTA “to bring more features with Google Maps and Google Assistant to make commuting even easier,” OMNY will also support Samsung and Fitbit devices. Here’s how they’ll work:

Our new gaming site is live! Gamestar covers games, gaming gadgets and gear. Subscribe to our newsletter and we’ll email our best stuff right to your inbox. Learn more here.

OMNY utilizes Apple Pay Express Mode, which lets you tap your watch or phone on the contactless terminal without needing to wake the device or use biometric authentication. Users will need to update to iOS 12.3 and watchOS 5.2.1 to use Apple Pay Express Transit on the iPhone SE, iPhone 6S and later iPhones, and Apple Watch Series 1 and newer models.

Any Android smartphone with an NFC chip can take advantage of the OMNY system by tapping their phone on the terminal, but Google hasn’t announced whether Wear OS watches will work yet. Google Assistant also has new transit features, so you can ask when the next train is arriving and Maps will tell you if your station supports OMNY.

Fitbit Pay launched in 2017 and since expanded to some 40 countries and several of Fitbit’s trackers: the Ionic, Versa Special Edition, and Charge 3 Special Edition all support the OMNY system via the Wallet app. Fitbit also announced it will be rolling out transit support in six other cities as well: Chicago, Singapore, New South Wales, Taiwan, Vancouver, and London.

Samsung phones that support NFC or Magnetic Secure Transmission technology will be able to pay for fares using either the Samsung Pay app or the Google Pay app. Using with a Galaxy or Gear watch can also use OMNY but will need to use Samsung Pay as their default method of payment.

This story, “How to pay for NYC subway and bus fares using your Apple, Android, Fitbit, or Samsung device” was originally published by PCWorld.