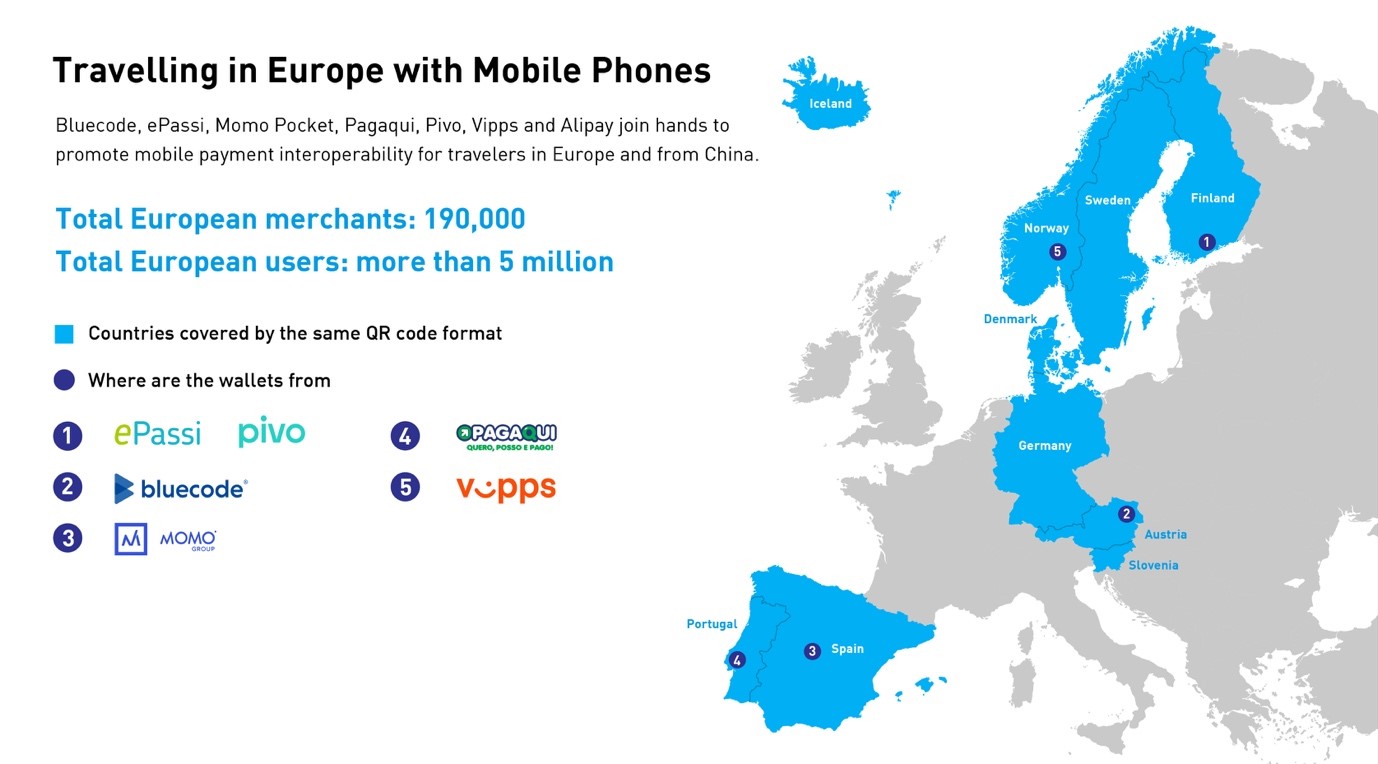 Six mobile wallets across Europe, together with  Alipay are collaborating to promote QR code-based digital payment interoperability for travellers both in Europe and from China.

When fully realised, users of the six participating European digital wallets will be able to make QR code-based payments with their home apps to local merchants in ten European countries where those apps are accepted.

“This unique cooperation is a testament to how collaboration in Europe can simplify the market for businesses and users to create better outcome for everyone,” says Rune Garbog, CEO of Vipps.

At the same time, merchants that already accept mobile payments via the six apps in their respective domestic markets will also be able to easily accept payments made by customers of the other countries covered by the collaboration.

In addition, Alipay’s Chinese users can also make payments to merchants that accept these wallets. Helsinki-based ePassi and Oslo-based Vipps have started to prepare the roll-out of this QR code format for users across several Nordic countries, while the Spanish payment company Momo, Portugal’s Pagaqui, and Austria’s Bluecode, intend to extend the collaboration further later this summer in their respective home markets.

Built on the back of a similar partnership announced in December between two Nordic firms, Vipps and ePassi, and Hangzhou, China-based Alipay, this open-ended collaboration is expected to continue to expand into more European countries and companies in the future.

The collaboration is the first of its kind in Europe and will bring together the six mobile wallet partners’ users, which are more than five million in total, and around 190,000 merchants in Europe, as well as a fast-growing number of travellers from China.

SendFriend Unleashing xRapid For Faster And Cheaper Payment To The Philippines
June 13, 2019