Huawei: Which countries are blocking its 5G technology? 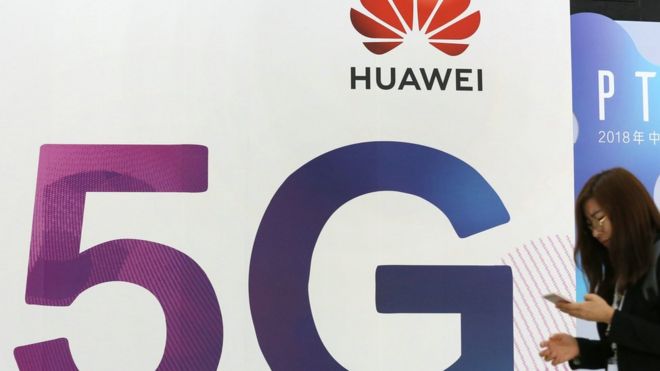 The US decision to ban its companies from using foreign telecoms providers regarded as a security risk is the latest salvo apparently directed against Chinese tech giant Huawei.

The US has been at the forefront of an effort to restrict the use of Huawei equipment in 5G mobile networks, citing serious security issues.

Huawei is now facing resistance from other governments over the risk that its technology could be used for espionage.

So which other countries are blocking Huawei’s 5G technology, and which are allowing it to operate?

This is new technology, in its very early stages of implementation, and many countries are still deciding what role – if any – Huawei should play.

But Huawei says it has now signed more than 40 commercial 5G contracts around the world, including in Europe, the Middle East and Asia.

Estimated % of mobile connections by 202
The Five Eyes

New Zealand has blocked Huawei from supplying one mobile network with 5G equipment, but has not yet ruled out all Huawei 5G contracts completely.

These two countries, along with the UK and Canada, make up the so-called Five Eyes intelligence-sharing network with the US.

The UK is still reviewing its 5G telecoms policy and may allow Huawei to supply “non-core” 5G components, such as antenna masts.

Canada is still weighing up its decision over Huawei.

The United States has effectively blocked all Huawei involvement in its 5G networks.

No Europe-wide decision yet

So far, no European country has formally blocked Huawei, and the majority of the company’s current global 5G contracts are with companies operating within Europe.

The EU in March issued recommendations about 5G security, asking member states to review their networks by the end of June and report their findings to the EU Commission.

Despite pressure from the United States, Germany has resisted a ban, and Francehas not indicated it plans to follow a tough line against the Chinese company.

The Netherlands’ largest telecom firm, KPN, has already made clear that it would not allow Huawei to build its “core” 5G infrastructure, but it could supply other equipment considered less sensitive.

The Dutch government is expected to make a decision on using Huawei equipment by the end of June.

A telecoms firm in Russia signed a deal with Huawei on 5G technology during a visit to the country in June by the Chinese president.

5G trials are due to be carried out in India later this year with Huawei one of the companies invited to take part.

However, there are reports that India may limit Huawei’s involvement in developing its 5G infrastructure.

Malaysia has already made clear that Huawei can be involved in developing its 5G networks, with the prime minister visiting the company’s office in Beijing in April.

In Indonesia, the country’s telecoms minister said earlier this year that it could not afford to be “paranoid” over using Huawei technology.

In Thailand, Huawei has already launched a 5G test project.

Vietnam, which is developing a 5G network, has not officially banned Huawei, although one of the largest largest telecoms carriers is currently using Ericsson technology.

Japan has blocked the use of Huawei equipment for 5G over security fears, although as in other countries, Huawei kit is part of the existing 4G network.

The growth of 5G is likely to lead to other opportunities for Huawei around the world.

The company says it already has 10 confirmed 5G contracts in the Middle East.

The African continent has not been in the forefront of early 5G adoption, but its more advanced economies provide potentially fertile markets.

In South Africa, for example, Huawei has already announced its involvement in a commercial 5G network in Johannesburg with the mobile data provider, Rain.

According to one industry-wide body, there were more than 200 operators in 85 countries investing in 5G networks in some form or another by March this year.

China warned tech companies of consequences for cooperating with US ban
June 8, 2019