Coalition of governments and tech companies pledges to fight terrorist content, but U.S. refuses to join 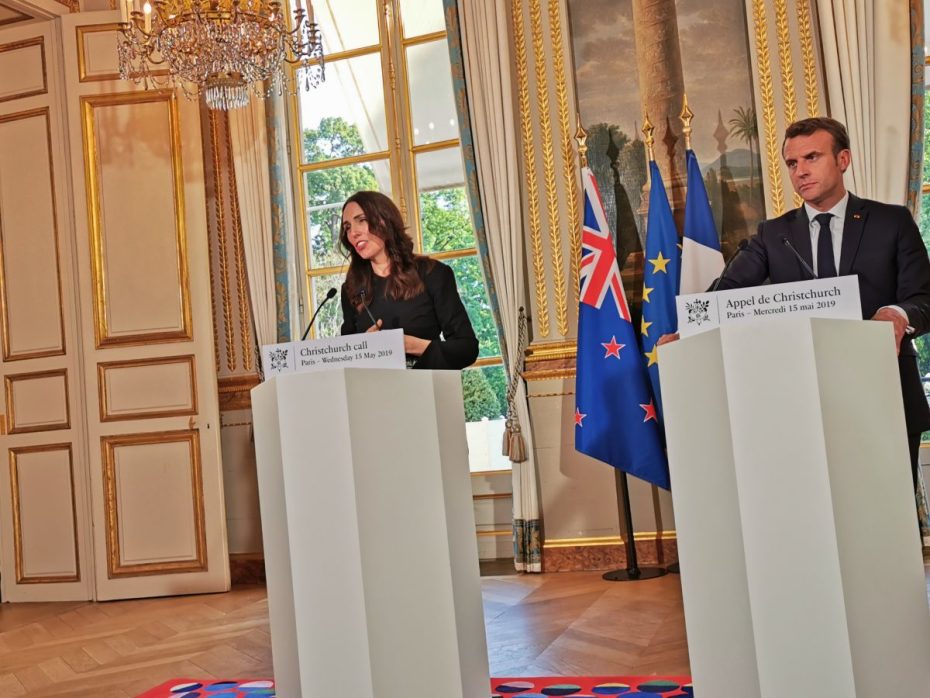 Following a daylong summit of tech companies and government officials, New Zealand Prime Minister Jacinda Ardern and French president Emmanuel Macron announced a broad but vague agreement to fight online terrorism that seemed most notable for the refusal of the U.S. to formally participate.

The accord was dubbed the “Christchurch Call,” in recognition of the New Zealand city that was the scene of a mass shooting that claimed the lives of 51 people. The shooter broadcast the attack live while Facebook, Google, and Twitter seemed nearly powerless to stop it spreading globally as people repeatedly uploaded copies.

“What happened in Christchurch was not just another terrorist attack,” Macron said. “It was someone taking the power of the internet and transforming into this machine for spreading crazy propaganda.”

The Call provides a framework for steps governments and companies separately, and together, agreed to take to ensure that terrorist content can be halted instantly.

“This agreement is unprecedented,” Ardern said. “Never before have these countries and these companies come together like this. We must stop social media from being perverted and used as a tool for terrorists.”

While the intentions are good, the specifics remained fuzzy.

The governments signing the agreement promised to fight terrorism and extremism by “strengthening the resilience and inclusiveness of our societies.” They also will work to make law enforcement more effective, ensure laws in place are being enforced, encourage media to “apply ethical standards when depicting terrorist events online,” and support voluntary industry standards.

The eight companies signing agreed to take specific measures to prevent uploading and sharing of “terrorist and violent extremist content.” They also agreed to cooperate more with each other and governments, improve transparency around community standards and terms of service, and do more to enforce their own rules.

“The terrorist attacks in Christchurch, New Zealand, in March were a horrifying tragedy. And so it is right that we come together, resolute in our commitment to ensure we are doing all we can to fight the hatred and extremism that lead to terrorist violence,” read a joint statement signed by Twitter, Microsoft, DailyMotion, YouTube, Amazon, Qwant, Google, and Facebook.

On the government side, there were 18 signatures:

However, the absence of the United States is a glaring one. In a statement released Wednesday, the White House said:

While the United States is not currently in a position to join the endorsement, we continue to support the overall goals reflected in the Call. We will continue to engage governments, industry, and civil society to counter terrorist content on the Internet.

Macron and Ardern were at pains to put a brave face on this. Ardern emphasized that the Call was a first step and that she was happy that the U.S. had been engaged, even if it had not yet signed on. Macron echoed that sentiment, insisting he believed the intentions are shared, even if there had been no formal signing. 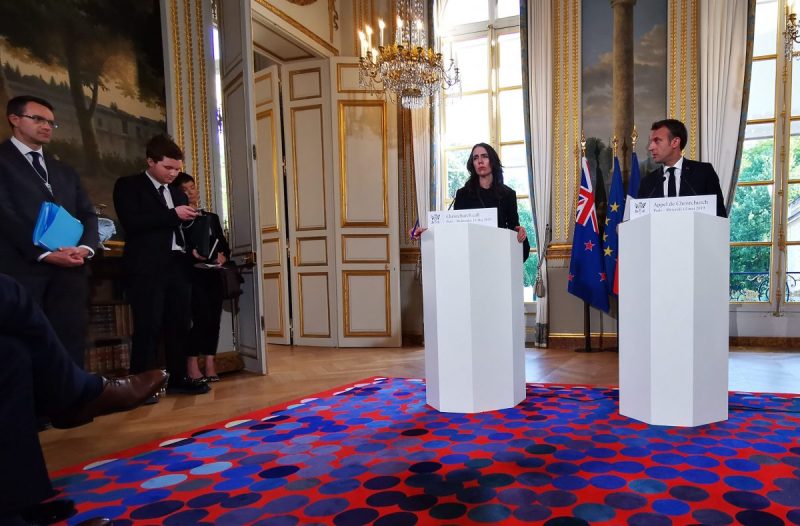 They also insisted that the Call is really a roadmap for pushing the companies into action. The parties will plan to meet again in four months, at which time there will be a review of what concrete steps have been taken.

Still, the agreement comes two years after several of these companies banded together to create the Global Internet Forum to Counter Terrorism. Facebook in particular has been wrestling publicly with the issue, and yet its various efforts to define what constituted terrorism content and remove more of it still didn’t help when it came to Christchurch.

On the eve of the summit, Facebook announced said it would tighten rules around live-streaming. Ardern said such rules would have prevented the spread of the massacre footage had they been in place before Christchurch.