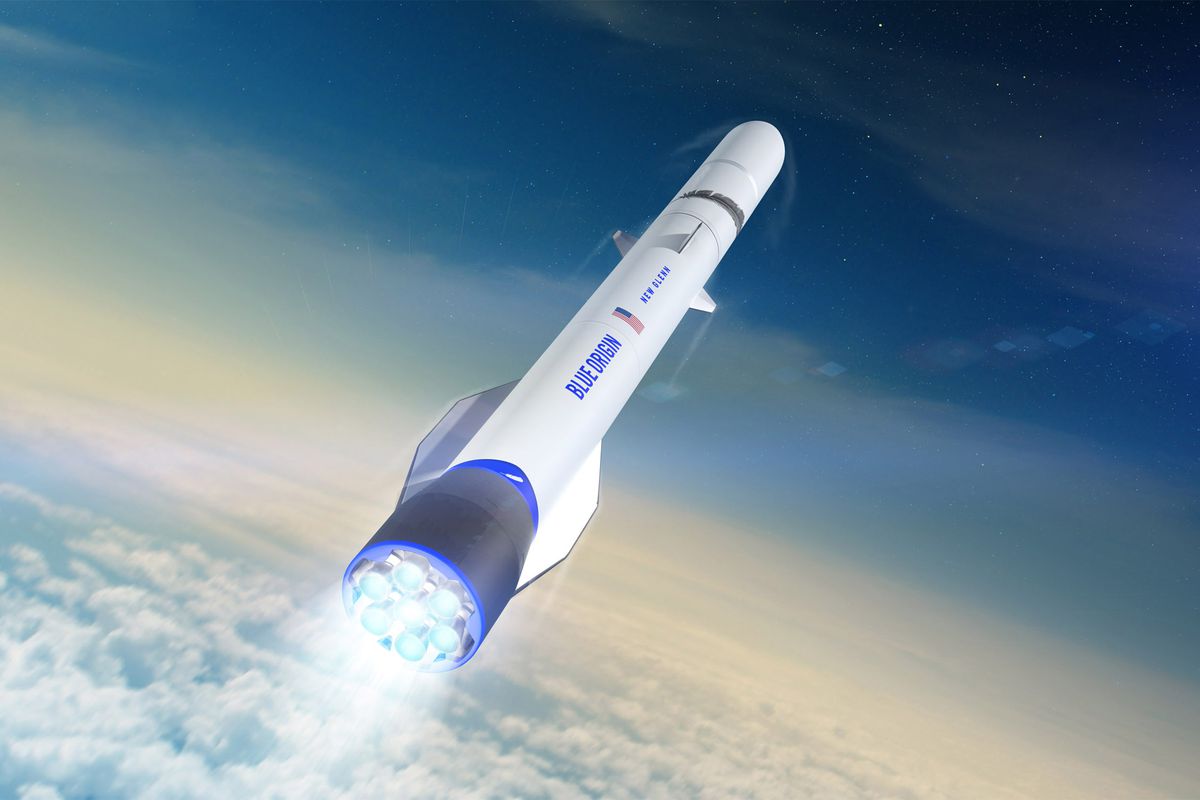 Last week, SpaceX sued the US government over a federal contract it didn’t receive — and now the company’s rivals Blue Origin and the United Launch Alliance want to intervene with the lawsuit. The two companies are stepping in because SpaceX is protesting a combined $2 billion award the US Air Force gave to Blue Origin, ULA, and Northrop Grumman last October to develop new rockets for the Air Force. SpaceX didn’t receive any money at the time, and now the company wants to change that.

The awards were part of a coveted Air Force initiative known as the Launch Service Agreement program, aimed at developing new American-made rockets that can take military satellites into orbit. For decades, the Air Force has depended on the United Launch Alliance’s Atlas V rocket, which is powered by the Russian RD-180. But in the wake of Russia’s 2014 annexation of Crimea, the Department of Defense has been trying to eliminate its reliance on Russian rocket technology for national security missions.

In October, the Air Force granted the United Launch Alliance $967 million to aid the company’s development of a new rocket called Vulcan, and Northrop Grumman received more than $791 million for its new rocket the OmegA. Blue Origin also received $500 million to help develop its future rocket, New Glenn. Surprisingly, SpaceX’s next-generation vehicle Starship was left out, as were the company’s Falcon 9 and Falcon Heavy vehicles.

The money for the LSA program is merely meant to help accelerate rocket development, and does not mean that these three companies are guaranteed to launch national security payloads in the years ahead. Eventually, the Air Force will pick two companies to launch all national security contracts awarded between fiscal year 2020 and 2024, which will include missions that launch up until 2027. In early May, the Air Force released a final request for proposals from rocket companies to compete for this initiative, known as Launch Services Procurement. All of the LSA awardees can apply, and so can SpaceX, since it’s already certified to launch national security payloads.

Now SpaceX is protesting the LSA awards eight months later, arguing that the company wants a fair chance in the next phase of the program. “SpaceX respectfully disagrees with the Air Force’s LSA award decision,” a company spokesperson tells The Verge in a statement. “While we support the Air Force moving forward with its Phase 2 acquisition strategy for national security space launches as currently planned, we are formally challenging the Air Force’s LSA decision to ensure a level playing field for competition.” This comes despite SpaceX CEO Elon Musk admitting that SpaceX’s proposal for LSA had “missed the mark,” according to a report from the Pentagon’s inspector general.

Originally, SpaceX requested that its recent lawsuit be sealed, since it contains “confidential and proprietary information and source selection information not appropriate for release to the public.” However, a redacted version of the lawsuit was posted publicly on Wednesday, in which SpaceX argues that “the Air Force wrongly awarded LSAs to a portfolio of three unproven rockets based on unstated metrics, unequal treatment under the procurement criteria, and opaque industrial planning.” SpaceX claims that the Air Force determined the company had more strengths than ULA, but that SpaceX was deemed the “highest risk” option. Additionally, SpaceX says that the Air Force drastically underestimated how much ULA’s rockets would cost.

In the suit, SpaceX’s lawyers also pointed out that Blue Origin and Northrop Grumman are each developing components of ULA’s Vulcan rocket system, and argued that giving awards to all three enhances ULA’s already-strong position in the market. They also point out a more tangible argument against the arrangement, saying that if both winners share rocket components, they might also share problems with those rocket components, and any setback or failure could potentially ground the Air Force’s satellites without a viable plan B.

In their motions filed to the United States Court of Federal Claims, both Blue Origin and United Launch Services, a subsidiary of ULA, argue that they should be able to intervene to protect their rights and interests as awardees. Blue Origin argues that “SpaceX has challenged the government’s conduct under the LSA transaction” and that SpaceX’s protest could affect Blue Origin’s chances in the second phase of the program.

Blue Origin has already expressed concern about the upcoming Air Force competition, arguing that the military should postpone making its final two selections until 2021. Blue Origin has claimed that picking winners now would give SpaceX and ULA an advantage as the current national security launch providers, and that ultimately more than two companies should be chosen. (It’s worth noting that if Blue Origin isn’t chosen as one of the final two, the company won’t receive the rest of the money from its LSA award.)

China warned tech companies of consequences for cooperating with US ban
June 8, 2019